The iPhone Home screen hasn’t changed since Steve Jobs first showed it off in 2007. Come fall 2020, iOS 14 will drastically shake things up with a few features that will be familiar to anyone who used an Android device in the last few years.

That’s not a bad thing. iOS 14’s new Home screen features will be a welcome change for most users. The same changes are coming to the iPad with iPadOS 14, too.

In iOS 14, widgets can now live on the Home screen alongside your app icons and folders. These widgets come in a variety of shapes and sizes and use the current Home screen grid layout as a guide. The bigger a widget, the more information can be displayed.

Tapping and holding on an app icon then choosing “Edit Home Screen” reveals the Widget Browser. Available widgets are searchable, with suggested widgets appearing at the top of the list. A list of categories follows, which provides some idea of what Apple expects widgets to be used for.

There are widgets for your Batteries, Fitness widgets that display information from your Apple Watch, and “Up Next” schedulers based on your calendar. You can add a Now Playing widget to control media playback, get the News headlines at a glance, or get information from Maps about the local area.

These widgets can be arranged and moved around your Home screen in the same way that app icons do in iOS 13. You can have a whole Home screen full of widgets if you want, but the new feature will presumably work best when you strike a balance between useful information and frequently accessed apps.

To save space, you can stack several widgets on top of each other and scroll between them with a feature Apple is calling Widget Stacks. You can also place more than one of the same widgets on a single Home screen, which sounds useful for displaying different calendars or inboxes at once.

There’s also a special Smart Stack widget that works a bit like Siri Suggestions in iOS 13. This widget will change based on your usage and the time of day.

Many people find the iPhone a little too tall to comfortably reach the top row of icons one-handed. In iOS 14, you can place a few 2×2 widgets or a single 4×2 widget in this out-of-reach space instead. This brings the rest of your app icons down by two rows without completely wasting screen real estate.

Widgets, Widget Stacks, and Smart Stacks are already built into the first developer preview of the iOS 14 private beta. Just keep in mind that Apple has been known to make changes between now and the final release in past iOS releases, so some of these details may change.

Finding Software Is Easier with the App Library

Don’t you just hate organizing your iPhone apps? In iOS 14, you don’t have to. The new App Library groups app by various criteria including Siri Suggestions, apps you have Recently Added, and categories like Social, Entertainment, and Apple Arcade. This app library appears at the end of your list of Home screens, accessed by swiping right to left. Folders are displayed as 2×2 squares, with a search field at the top for launching apps even quicker.

In iOS 14, you don’t need to display all apps on your Home screen anymore. You can hide all apps and use the App Library exclusively if you want. Tapping and holding on an app will now display an option to “Remove App” rather than deleting it altogether as is the case in iOS 13. There’s even an option to prevent newly installed apps from appearing on the Home screen at all, instead deferring all new arrivals to the App Library. That’s great news if you’re in love with the new widgets or simply want a minimalist iOS home screen.

The App Library will also keep a list of another new iOS 14 feature called App Clips, under the Recently Added category. 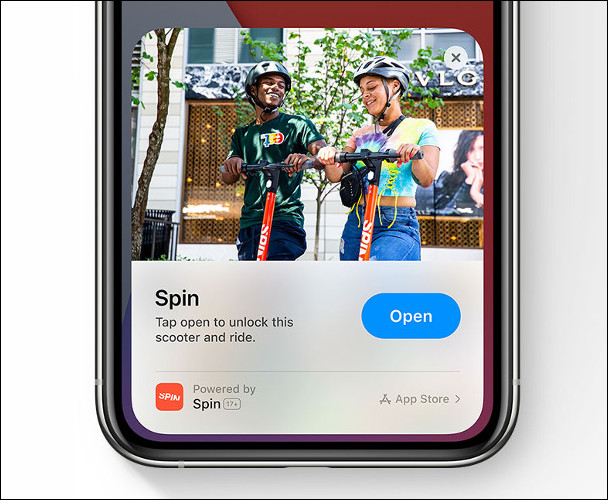 App Clips work just like Instant Apps on Android. Clips are delivered via QR codes, NFC tags, other apps, and App Clip codes. These mini-apps are compatible with Apple Pay and Sign in with Apple. They allow you to do things like pay for a service or make a reservation without searching the App Store, downloading an app, and signing up to use it.

Do More without Leaving the Home Screen

One of the big themes of iOS 14 is making better use of available space. In addition to a more useful Home screen, Apple has committed to making other UI elements less intrusive wherever possible.

A prime example is how iOS 14 handles calls. While iOS 13 announces a call by taking up the whole screen, iOS 14 simply drops a notification box at the top of the screen like any other notification. This means you can take or ignore a call without interrupting whatever it is you’re currently doing. You’re less likely to answer the call by accident because you’ll need to reach to the top of the screen to accept or reject it. 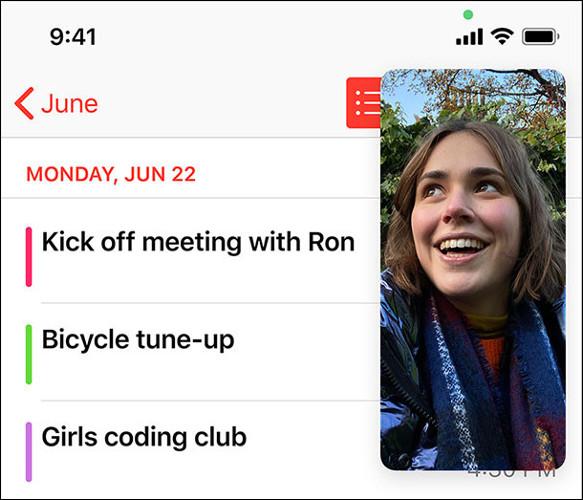 A new picture-in-picture mode allows you to watch videos or take FaceTime calls without dedicating the whole screen to whatever you’re watching. You can drag, shrink, or zoom the window around your Home screen (or your web browser, or whatever else it is you’re doing).

Siri is also less intrusive now. The usual Siri animation appears at the bottom of the screen, with any relevant information appearing in a window at the top. Whatever it is you were doing before you invoked Siri remains on-screen, which probably should have been the case all along.

While these new features don’t relate specifically to the Home screen, they allow you to take calls, watch videos, and talk to Apple’s virtual assistant without leaving your Home screen.

The latest release of Apple’s mobile operating system (along with a version tailored to tablets called iPadOS) will arrive in the fall, usually right after the latest batch of iPhones are announced.

In the meantime, you can sign up for the iOS 14 public beta which should be arriving in July.