Because I bought an old 12-inch iBook from 2003 that runs a long-obsolete version of Mac OS X on the steam of an 800 MHz G4 PowerPC processor. While this machine might be somewhat long-in-the-tooth, it’s surprisingly useful as a daily workhorse.

The modern workplace is filled with distractions, from official business applications, like Slack and Microsoft Teams, to social media frivolities. These are more keenly visible than ever with so many of us working from home.

Of course, it goes without saying that my ancient iBook can’t run Slack, which was created almost a decade after my laptop left the factory assembly line. In fact, for reasons I’m yet to discern, my iBook’s internal AirPort Wi-Fi card can’t connect to modern Wi-Fi networks—they simply confound it.

It also helps that the iBook is lovely to type on. It hails from an era when laptops were profoundly bulky. As a result, its keyboard has plenty of travel, with well-spaced and contoured keys. I’d even argue it’s more pleasant to use than Apple’s latest Magic Keyboard.

For writing, I use AppleWorks 6.0, an office suite that was largely supplanted by iWork. It includes a word processor, spreadsheet, and presentations app. You can also use it to make websites, although they wouldn’t look particularly good by today’s standards.

After I finish working on a piece, I copy it to a USB flash drive and move it to my main internet-connected computer.

AppleWorks supports several Microsoft Word file types, with the most recent being from 2003. These open natively on the latest version of macOS with TextEdit, so I didn’t have to download a conversion tool.

Predictably, I’ve found that having a dedicated, internet-free laptop has helped me become more productive. No distractions means I’m able to focus better on the task at hand. This alone has made my iBook worth every cent. Of course, it’s not all fun and no play. A decent amount of games were released for PowerPC Macs, and you can find many of them online. Two games I’m currently enjoying are the cell-shaded shooter XIII (which will be re-released later this year) and Star Trek: Elite Force II. While the gameplay and graphics don’t quite meet the sophistication of today’s games, they’re still fairly fun.

You can easily find old Mac games on eBay. Some are even free to download on various websites. Since my Mac struggles to connect to the Internet, I download them on my main computer and copy them over with a USB flash drive.

Bear in mind that some websites offer games for download as “abandonware.” This means the owner isn’t actively selling them, but they’re still under copyright and can’t legally be distributed. Use your best judgment when downloading games from such websites.

Since the FAT32 file system used on many flash drives limits files to 4 GB, you’d be well-advised to reformat the drive to MacOS Extended (also known as HFS+). It’s capable of storing much larger files. You’ll have to copy files over via another Mac, however.

My iBook was created at a time when Apple sold computers with processors made by IBM. The PowerPC microarchitecture was genuinely groundbreaking at the time and handily outperformed the equivalent Intel silicon.

However, those advantages were short-lived. Intel rapidly regained ground, particularly when it came to multicore designs and power efficiency. By 2006, Apple had transitioned away from IBM’s processor designs. Although that caused some short-term turmoil—particularly when it came to application compatibility—it was unquestionably the right decision.

The switch to Intel chips allowed Apple to make thinner, more efficient machines, like the MacBook Pro. Also, for the first time since the release of the Power Macintosh 6100/66, it was possible to dual-boot Windows on Apple computers.

PowerPC isn’t dead. It prevails in a few niche areas, like high-performance computing and embedded systems. NASA’s Curiosity Rover, for example, used a PowerPC processor specially designed to withstand the harsh conditions of Mars. Meanwhile, three of the top 10 supercomputers in the world use a derivative of the old PowerPC architecture.

In 2019, IBM officially open-sourced PowerPC, allowing those who used it to take the lead in development and create new chips without having to pay huge licensing fees. Development of the standard is now controlled by the OpenPOWER Foundation, under the purview of the Linux Foundation.

Does this mean we’ll see another PowerPC desktop computer or laptop in the future? Not likely. 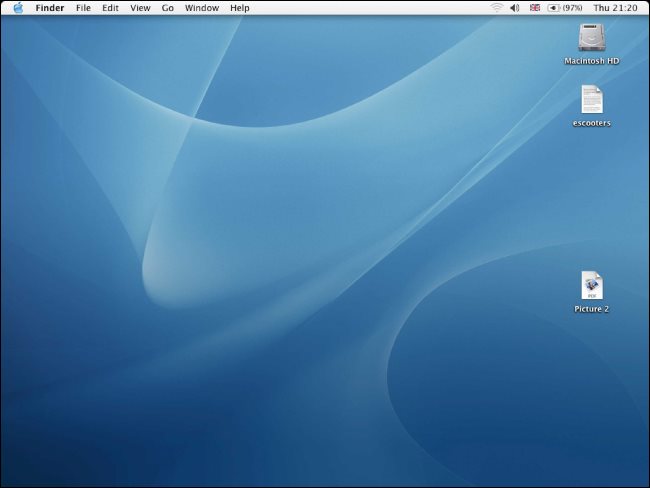 Hot to Get Your Hands on an Old Mac

There are lots of places you can snag a legacy Mac, including thrift stores, garage sales, and eBay. Of course, when it comes to the condition it might be in, the mileage will vary.

I got lucky with mine. Not only is it fairly free of scratches or any visual blemishes, but the battery also still holds a charge.

If you’re looking for a straightforward experience, look for an iBook or PowerBook manufactured after 1999. Not only will these run Mac OS X (and, therefore, be more familiar), they also typically come with built-in USB.

If you’re more adventurous, you can get an even older Mac. These might come with a pre-OS X version of Mac OS (Mac OS 7, 8, or 9). Some of the first PowerBook G3 laptops didn’t even include USB, although this is easily fixed with a Cardbus expansion card. I found one on eBay for $10 in the original packaging, with the driver CDs.

For an even better bargain, you can buy a “spares or repair” Mac. These will likely require you to do a bit of tinkering, though.

Some older Macs that refuse to boot might only need the PRAM battery to be replaced. If you’re comfortable with the process, you can also do a teardown and remove any internal dust that might be causing the machine to overheat.

While you’re in there, you might also want to replace older thermal paste with a fresh squirt. When you’re done, you’ll have a powerful (if slightly archaic) workhorse.